It has been something that I have recently thought about. I have spent hours modifying my books to be e-books on smashwords.com. While perusing my first book published “With Thoughts of Jason” I discovered that my contract with Publish America is almost up! I couldn’t be more excited! How messed up is that? This company went above their means and agreed to format my book, and offer it  for sale through multiple locations. They also told me that my book was “fairly” priced! HA! I try to find my book on their sight and it’s going for $25.00 while Hemmingway ( a TRUE artist) is selling for $10. Fair my behind!

With thoughts of Jason was one of those books that the writer gets truly excited about. The first book that has been picked up by a “publisher” that will publish my work. However, naive at the time, I didn’t realize that zero editing would go into it, and that the book would be sold as is. I did however believe that the book was ready to rock when I finally decided to say yes to this company. Now, through the times, I realize that this had been a bad move on my end. There is however, HOPE!

Through publishing with a media center I am able to take what my book was, apply everything that I have learned since then, and write a book that will be worth the time of the reader. One thing I always felt bad about (worst! the more I learned about writing) was people picking up this book. What an awful feeling. Why should I be embarrassed to sell a book that I wrote. Why should I feel strange about recommending a book for someone to read. I could have been more vigilant when deciding to publish, yet I was so struck with enthusiasm that I didn’t pay much mind to the actual flow of the story.

Now that the contract is coming to a close, I can re-write the entire book. I can add the necessary descriptions, play with the readers mind, and provoke further thought on every single object that is brought up through the character’s development. This is the big project that is sure to follow that of “The Unexpected” while I learn to hone my writing skills even further. By the time you read this, though, I am sure that the newest version will be available. So definitely check out the links, and pick up a copy for you, your kindle, nook, or other e-reader.

In a small bathroom fit with only a small tub where she had to bend her knees to fit entirely, a commode, and a sink did she sing. Her voice grew raspy over the years since she had modeled, never her true passion but it worked well for her. She was one of the models talked about in the past that didn’t worry about hair in her arm pits. She shaved them now as she sang with a cigarette dangling from her lips. The sound of song vibrated through the rose infused room with her strong vibrato’s.

She thought about the blue dress that she wore once. It was memorable by the color alone. She then remembered it merely as the blue dress. It flowed and shined. It embraced and slimmed. It contracted her diaphragm so she couldn’t sing, even if she had wanted to.

What makes you hot?

I haven’t signed on to my dear blog for approximately three days.  While I’ve been gone I was hoping to open my dashboard today and see all sorts of views and comments.  Wow was I ever disappointed.  I work constantly (which most of us do) and I just had my sisters wedding today (which I only found out about three days ago) so when I come to my solace I was hoping for some comfort.  Nothing.  This brings me to my next question.  What makes you hot?  What keeps the most popular blogger’s on top?  Is it truly entertaining content, intelligent content, or constant content?

I realize as I type this that there are several sides to this argument.  I then sit and wonder, Why I’m complaining.  I’m simply writing to help my grammar and writing ability.  Ernest Hemingway says you must write everyday if you wish to really be a writer.  Whereas my ideas for my stories might not always be strong I can always go on this blog of mine and write whatever is on my mind.

I also realize that I am still relatively new to this website.  New to blogging.  And new to the world as well.  Sometimes false vanity begins to kick in.  You almost think that you are king blogger when all of the sudden with a quick report of the last three days you realize that you are only you.  There is no existential fan base out there secretly hiding between the lines of every blog, snooping behind every sign post, or reading my every update.

I also realize that there are people out there with a much greater talent than I that have the same issues.  The difference is that they don’t have to go back to their material and look it over and over and over again.  They might do so just for the pure indulgence of their creativity and intelligence.  They have great talent and it is only a matter of time before they get discovered and get put on some great big publishers list of best sellers.  In my case this crazy red squiggly line constantly shows up under my words (including my first attempt at the word squiggly).

But there really is a question that I wish to receive some sort of response on.  I want to know from some of the best blogger’s out there, What makes you hot?  By all means give me a full dissertation while you’re at it.

Is always being right, always right?

You have slaved over the hardwork of putting your piece together. Now there is someone trying to criticize your work. Two questions, when is their feedback enough, and when do you stop defending your own work and own up to the feedback?

This question arouses within me from a conversation that I had with a team member tonight. On the drive home I was thinking more and more about it. I then applied that question to writing. I remember there being so many times especially with my first book where someone would give me some critique and I would push it away because I KNEW that I was right. More often than not they were right. Especially when my sister had pointed out a few different issues with some paragraph structures and story flow at the beginning of the book. Then again, I had to be right and convinced her that I had a plan and thus ensured that it was structured that way. She just didn’t read enough into the story.

When is enough, enough?
Friends and family are always there for you when you need them most. This is a statement that gets used over and over again. I had found, however, that while I was working on putting together somewhat of a final draft for the publisher there was an everlasting flow of criticism. First I used the name of the character too much, then there were too many filler words like, a, the, and well, and. Then there was a problem with the plot, oh and this paragraph was horrible…”did you really want that much religious undertone?” The list continued. This criticism, I had to wonder, didn’t seem as if it was so much constructive as it was destructive to my hard spent time and energy on this book.

This was another point in time where I had to weigh everything out. I had to unfortunately tune out the speaker at

times because it seemed like it was no longer an attack on my work, but an attack on me. So…I handed them pens (red ones to make it special) and had them wright out their thoughts on the manuscript that I provided. Ahhhh, silence!

In summation being right all of the time is never a good thing. You can loose a realistic view on your work and yourself. There is always a time when you have friends

and family critiquing your work that you may have to tune it down a bit. I recommend getting a professional editor, or an ex-english teacher to preview your work and suggest corrections. If you happen to have an Uncle who’s an english teacher, well you have fun with that!

Be part of something Big! 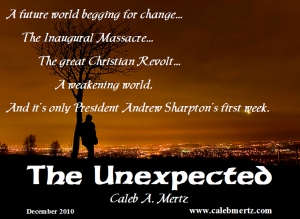